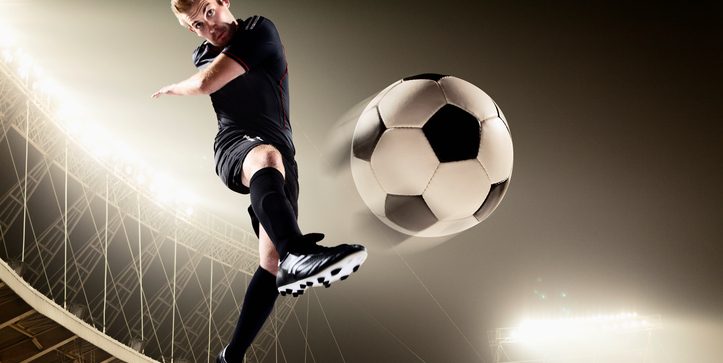 All theory is academic – decisions are made on the pitch.

These words of Alfred (Adi) Preißler, the famous footballer and trainer, aptly sum up the legal position of employment contracts in professional football. Or at all events they certainly apply if we follow the arguments of the Rhineland-Palatinate Higher Labour Court. In the case of the former Mainz goalkeeper Heinz Müller, there was a short period when Mainz Labour Court shocked the German football world, but the subsequent decision of the Rhineland-Palatinate Higher Labour Court calmed things down for a while. The main reason for this was because it opened the way for the Federal Labour Court to decide the issue once and for all. However, it would not be surprising if the Heinz Müller case ends prematurely with a settlement.

The case of Heinz Müller

The decision of the Rhineland-Palatinate Higher Labour Court concerned the case of the former goalkeeper of the Mainz club (FSV Mainz 05). Heinz Müller had a fixed-term employment contract with the club, as is common practice in professional football. Müller had been employed by FSV Mainz 05 since 2009. His last season with Mainz was based on a fixed-term employment contract ending on 30 June 2014. The contract contains a renewal option for the player and the club. However, this was only on condition that Müller played at least twenty-three Bundesliga games for the club in the 2013-14 season. But Müller was injured and did not play in the Bundesliga again after the eleventh match day. After he recovered, he played in the club’s second team in the regional league. As a result, he did not play the necessary twenty-three Bundesliga matches. FSV Mainz 05 therefore turned down his request for renewal. Müller then applied to Mainz Labour Court, inter alia for a declaration that giving him a fixed-term contract had not been valid. Mainz Labour Court found in his favour on this point. Its decision created a furore, not only in the football world. For the court assumed that there was no substantive reason for the use of fixed-term employment contracts for professional footballers. The consequence of this decision would be that professional footballers had a contract of employment for an indefinite period of time, a contract which may be protected under the Protection Against Dismissal Act. Both Müller and FSV Mainz did not want to accept the judgment and they appealed to the Rhineland-Palatinate Higher Labour Court. This court held that the fixed term was effective and rejected Müller’s appeal.

The top player as an employee

The essential question in the Müller case is whether there was a substantive reason relevant in employment law to use a fixed-term employment contract. For contracts with professional footballers are employment contracts like any other, and the licensed players, especially those in Bundesliga teams, are employees. As a result, employment-law provisions, such as the Protection Against Dismissals Act or the Act on Part-Time Work and Fixed-Term Employment Contracts, apply to these contracts. This means that for a fixed-term to be effective there must be a substantive reason, unless a one-off specific fixed term with known dates is possible or agreed. The Federal Labour Court has already handed down a decision on the situation of trainers in professional sport, holding that it may be permissible for their contracts to have a fixed term. The Rhineland-Palatinate Higher Labour Court now confirms this for players and wants to apply the case law on trainers‘ contracts to professional footballers too.

A time limit based on the special nature of the employment relationship?

According to the explanatory memorandum to this Act, it is intended to protect freedoms and values relevant to fundamental rights, in particular freedom of broadcasting and artistic freedom. It permits fixed-term employment contracts to be entered into with programme-planning employees and artists, including actors, solo singers and dancers. In addition, section 14 (1) sentence 2 no. 4 of the Act on Part-Time Work and Fixed-Term Employment Contracts covers the limited contracts of research assistants in political parliamentary groups, by reason of the need for adapting to political developments. The intention is to protect the free electoral mandate of the parliament member.

Another group of cases developed by the courts are employment contracts which need to be limited because of „wear and tear“. This group of cases was developed by the Federal Labour Court on the basis of the trainer contracts in professional sport already mentioned. After a period of time, according to the Federal Labour Court, trainers may no longer be able to sufficiently motivate their players. The personal relationship between trainer and player, the court holds, suffers atrophy in the course of time.

„Wear and tear“ of the professional sportsperson as a substantive reason for a fixed-term contract?

So do professional sportspersons also suffer wear and tear? In its decision, the Mainz Labour Court found against this in the case of Müller in particular and sportspersons in general. It held that at most there was general wear and tear of their ability to do their job as a result of physical activity, but this did not constitute a substantive reason for a fixed-term contract. Nor did the court find that the special nature of the sport of football constituted such a reason.

The Rhineland-Palatinate Higher Labour Court regarded the question in a more nuanced way and took account of the practical consequences for the football industry. It took the view that the physical wearing out of professional players, which was particularly common as the player grew older, was comparable to the psychological wearing out in a trainer’s work and must therefore be taken into account. In addition, it said that spectators wanted a change, which supported the argument of wearing out. The entertainment value of football was becoming increasingly important. As a result, a club had to regularly change the players on the pitch in order to remain interesting for the spectators, like a theatre company. In addition, the court held, the special characteristics of the football business tipped the balance: high mobility on the (international) transfer market, above-average high salaries, considerable uncertainty with regard to the player’s sporting development and pushing through of the trainer’s concept. According to the Rhineland-Palatinate Higher Labour Court, this means that clubs have a justified interest in giving players fixed-term contracts. This decision puts the Rhineland-Palatinate Higher Labour Court in line with the Nuremberg Higher Labour Court, which had to decide a case on similar facts in 2006. The Nuremberg Higher Labour Court was also guided by the spectators‘ need for variety and the shortcomings of players arising from age or health issues. However, in that case no leave to appeal was given.

As matters stand currently, the matter will be decided by the Federal Labour Court. For following Müller’s appeal on points of law in Erfurt this is the current situation. No date has yet been set for a hearing. But it remains to be seen whether there really is a decision by a court of last instance. For even in the past, professional football and its clubs has shown that decisions – perhaps decisions which would change the football industry – are prevented by last-minute settlements. One example is the case of Hans-Jürgen Baake against Tennis Borussia Berlin, which was originally in the first league and then in the second league, of the year 1979. In this case the Berlin Higher Labour Court questioned the German Football Association transfer fee regulations which applied at the time. In that case the parties settled the legal dispute before the Federal Labour Court made a decision, and in addition they resolved all the licensing questions. However, the nature of Müller’s (individual) interests might be different. For Müller – unlike Baake in the 1970s – has already ended his career and perhaps has no interest in a settlement. So the outcome of the case of Müller and FSV Mainz 05 remains keenly awaited.