The hidden dangers of “Uberizing” a workforce 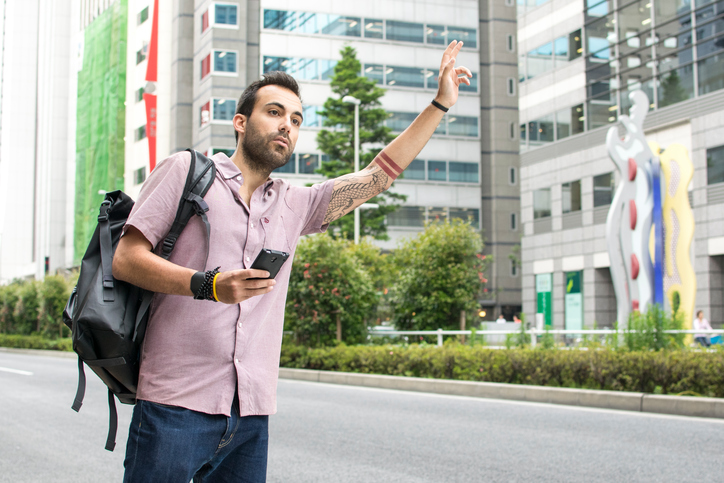 Technology is changing how, when and where we work. With these changes come shifting attitudes in how workers view their relationship with employers. The “on-demand” economy purports to bridge this gap, giving workers flexibility to choose when to work and connecting employers with available skilled labor when they need it most. The on-demand model would appear to provide both workers and employers what they want. But what hidden dangers lie in “Uberizing” your workforce?

If workers are found to be employees, they may also be entitled to employee benefits, unemployment and social security contributions.

To avoid misclassification, carefully examine the differences between employees and independent contractors in the United States.

In the United States, overlapping and sometimes conflicting federal and state laws govern the employment relationship and the determination of whether a particular worker is an employee or an independent contractor.

At the federal level, the Fair Labor Standards Act governs maximum hour and minimum wage requirements for most workers. Part of a legislative plan to get more Americans back into the workforce after the Great Depression of the 1930s, the FLSA relies on following the broad definitions to determine which workers fall within its scope:

In a series of decisions, the United States Supreme Court developed the test used today to determine whether a worker is an employee, the “economic reality” test. That test counsels that a worker’s employment status is determined by considering the totality of the circumstances surrounding the parties’ relationship and the worker’s circumstances. Under the economic reality test, “employees are those who as a matter of economic reality are dependent upon the business to which they render service.”

Note that different states may use different tests to determine whether a worker is an employee. Generally, the more control the employer exercises, or even reserves the right to exercise, over the worker’s means and methods of work, the more likely it is that the worker will be considered an employee.

To determine whether a worker is a bona fide independent contractor, courts use the following factors to analyze the economic reality of the parties’ relationship:

Who has the right to control the work? If the employer can tell the worker how, when and where to perform the work, the worker is likely an employee. The employer’s level of supervision or requirement that the worker report to a supervisor is also considered.

Did the worker make an investment in his business? If the worker has invested in his own equipment, supplies, facilities, or training, he is more likely an independent contractor. Generally, courts will compare the worker’s investment with the employer’s investment.

Does the work require specialized skill?
This factor is often dependent on the industry and the employer’s business. Highly skilled workers can be employees, depending on the nature of the work or the industry.

In July 2015, the U.S. Department of Labor issued Administrator’s Interpretation 2015-1, which argued that the economic realities test should be applied in the context of the FLSA’s broad scope of employment and the Act’s “suffer or permit to work” standard. The Interpretation concluded that “most workers are employees” and cautioned against mechanical application of the economic realities factors and over-emphasizing the right to control factor.

Recently, workers in the on-demand service economy have filed class-action lawsuits against start-ups including Uber, Lyft, Handy, Homejoy, Washio and others. In the lawsuits, workers argue that the companies control their work to such an extent that they are truly employees entitled to minimum wage, overtime premium pay, reimbursement for expenses and other employee benefits. Some businesses, like Shyp and Instacart, responded to the lawsuits with announcements that they will re-classify workers as employees. Homejoy, however, cited one such lawsuit as the “deciding factor” to shutter the new business. Still others, most notably Uber, continue to battle the allegations in court.

Uber, the start-up that became the face of the on-demand economy, is facing a spate of lawsuits challenging its business practices, including its classification of drivers as independent contractors. In a federal lawsuit filed in Northern California, Uber drivers alleged that the company exercises such control over them that they should be considered employees entitled to minimum wage, overtime and other benefits. As independent contractors, the drivers pay for all their own expenses.

In late April, Uber and the drivers reached a tentative settlement whereby Uber would pay up to $100 million to drivers in California and Massachusetts, allow drivers to post signs in their vehicles soliciting tips from riders and change its practice of deactivating drivers from the Uber app without warning or recourse.

While the settlement would resolve the claims of the drivers in the class, it does not finally resolve the drivers’ status as employees or independent contractors or set a legal precedent. Uber would still be open to misclassification challenges by state and federal government agencies, and its promise to permit further recourse by deactivated drivers may provide additional support to the argument that drivers are in fact employees.

Employers should be cautious in classifying workers as independent contractors, despite the lure of new technology. Unless and until the legal framework changes to reflect the new variety of working arrangements made possible by technology, it will be difficult to fit these workers into the traditional dichotomy of employee or independent contractor. As aptly stated by the federal judge hearing a misclassification suit against Uber-rival Lyft, any jury tasked with determining worker classification in this new on-demand economy “will be handed a square peg and asked to choose between two round holes.”