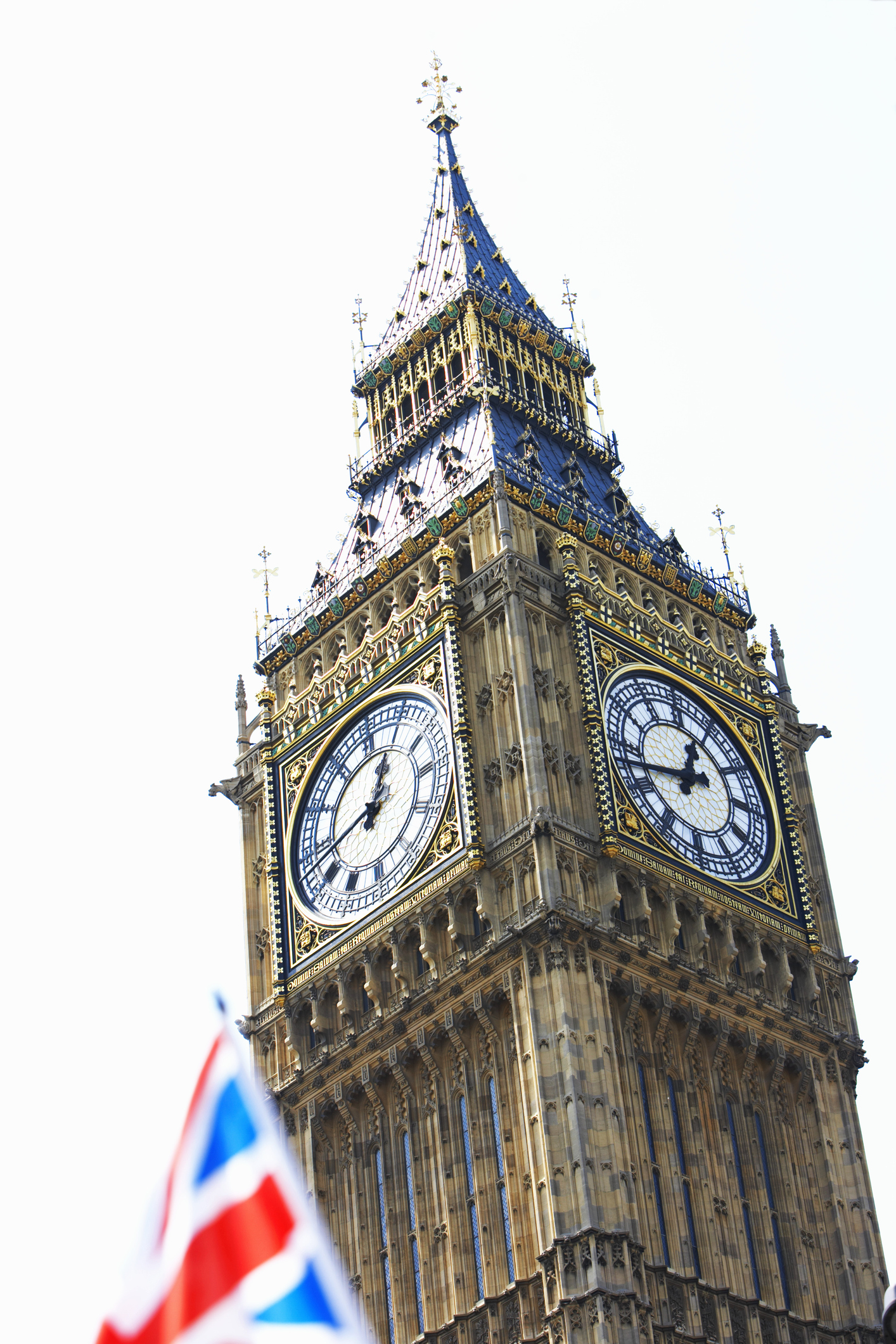 The political scene in the UK has inevitably been dominated in recent months by the vote narrowly in favour of “Brexit” in the referendum on EU membership last June and its associated political fallout. This led, among other things, to David Cameron’s resignation as prime minister and leader of the Conservative party and his replacement by Theresa May.

One consequence of all this furore is that the government has had rather more than employment and pensions law reform to focus on in recent times. Nonetheless, a number of changes have taken place over the past year and some significant reforms are planned for 2017.

Modern slavery. The Modern Slavery Act 2015 requires all organisations with a turnover above GBP 36 million to publish a statement on their website setting out the steps the organisation has taken to ensure slavery and human trafficking is not taking place in its supply chain or within its own business. Organisations with a financial year ending on 31 March 2016 were the first to be required to publish their statements.

Financial penalties for employers. The government has introduced new financial penalties for employers who fail to pay Employment Tribunal (“ET”) awards on time, which came into force on 6 April 2016. Once a payment is late, the claimant can complete a penalty enforcement form, which will then be implemented by an enforcement officer after issuing a penalty notice to the employer. The amount of the penalty is 50% of the sum owing, subject to a minimum of GBP 100 and maximum of GBP 5,000, with a 50% discount if paid within 14 days.

Calculating holiday pay. There has been an important case-law development, rather than a reform, in the ongoing saga about how to calculate holiday pay. In the case of Lock v British Gas Trading, the Court of Appeal confirmed that it is permissible to add words to the UK’s Working Time Regulations to ensure that results-based commission is included in the calculation of holiday pay. British Gas is now seeking leave to appeal to the Supreme Court.

Pensions tax – Lifetime Allowance (LTA). Building on changes in recent years to the taxation of workplace and personal pensions, from 6 April 2016, the Lifetime Allowance – the total amount of tax relieved pension savings that an individual can build up in a registered pension scheme over their lifetime without incurring an additional tax charge – was reduced to GBP 1 million, from its previous level of GBP 1.25 million. Transitional protections are in place to help individuals whose pension rights were already at or around that level.

Pensions tax – Annual Allowance (AA). Meanwhile, the AA limits the amount of tax relief available on pension savings paid by or in respect of an individual to a registered pension scheme. Whilst the standard AA remains at GBP 40,000, since 6 April 2016, tax relief has been restricted for individuals with “adjusted income” (taxable earnings including pension savings but excluding charitable contributions) above GBP 150,000. A tapered tax relief is applied, so that for every GBP 2 of adjusted income over GBP 150,000 an individual earns, that individual’s AA will be reduced by GBP 1, subject to a maximum reduction of GBP 30,000.  Therefore, anyone with adjusted income of GBP 210,000 or more will have an AA of just GBP 10,000.

Looking forward to the year ahead, the most significant reforms currently planned are outlined below.

Gender pay gap reporting. The final version of the Equality Act 2010 (Gender Pay Gap Information) Regulations 2017 has been published, setting out how employers with over 250 employees should calculate and report on the gender pay gap within their organisation. The new legislation is due to come into force on 6 April 2017, with the first report required to be published on the employer’s website by 5 April 2018 at the latest. The government has also announced plans to extend the regime to the public sector and we are awaiting developments following publication of a consultation paper in 2016.

Industrial action reforms. The Trade Union Act 2016 became law in May last year, but we have been awaiting further legislation to bring the various reforms into force. The government has now started to publish some of this legislation and associated codes of practice. On 1 March 2017, regulations will come into force requiring industrial action by persons in “important public services” to be supported by at least 40% of those entitled to vote. During 2017, we are also expecting the requirement (applying to all industrial action ballots) for a minimum 50% turnout and the additional requirement (applying only to important public services) for 40% support to come into force, as well as the new obligation for unions to appoint a picket supervisor. As yet, though, we do not have draft regulations or an implementation date for these reforms.

Consultation on the draft closes on 1 February 2017, following which the changes are due to take effect for payments made on or after 6 April 2018.

Apprenticeship levy. Replacing the current system for apprenticeships, the new levy will enable employers to choose and pay for the apprenticeship training they want. All UK employers in both the private and public sectors that have annual wage bills of more than £3 million will have to pay 0.5% towards the cost of apprenticeship training. HM Revenue & Customs published amended draft regulations implementing the levy alongside a further consultation in December 2016. The levy is scheduled to come into effect in April 2017.

Sunday working. The Enterprise Act 2016 will place new obligations on retail employers in relation to Sunday working. There will be extra protection for shop workers who do not wish to work on Sundays and a new right to object to working additional hours on Sundays. The new provisions are not yet in force, but once they are implemented retail employers will have a two-month period in which to act.

Employment status. This looks set to be a hot topic in 2017. The House of Commons Business, Energy and Industrial Strategy Committee is conducting an inquiry into the future world of work and the rights of workers. In a separate but related development, the government launched an independent review into employment practices in the modern economy last October. The Work and Pensions Committee has also launched an inquiry into self-employment and the “gig” or “platform” economy, with a deadline of 16 January 2017. The Government has confirmed its intention to amend the IR35 legislation from 6 April 2017 for workers who provide services via a personal services company to a public sector engager. As a result, the person paying the personal services company will generally be required to operate PAYE and pay NI contributions on those fees. Finally, we are expecting an appeal against the recent ET decision that Uber drivers are “workers”, rather than self-employed contractors.

The future of “defined benefit” pensions. Pensions based on a defined benefit, often a proportion of an employee’s final salary, have featured heavily in the UK news of late with the likes of BHS and Tata Steel being subjected to close government scrutiny. Among other things, the government’s Work and Pensions Select Committee is considering the adequacy of existing regulatory powers and whether specific additional measures are required for private companies or those with complex and multinational group structures, to ensure that employers cannot walk away from their pension responsibilities. A Government green paper on the regulation of such schemes is expected in early 2017.

Introduction of the Lifetime Individual Savings Account (ISA). The Government plans to introduce a new savings vehicle – the Lifetime ISA – from 6 April 2017. Individuals between the ages of 18-40 will be able to open a LISA with an approved provider. Key features of the new product include:

Employers will be able to use LISAs as part of the benefit package they offer to their employees.

A new pensions Directive. EU Member States will have until January 2019 to implement “IORP II”, which includes new measures for workplace pensions on governance and communications, as well as changes to the rules on cross-border pensions. However, as the implementation period will largely run in parallel to the UK’s Brexit negotiations, it is as yet unclear to what extent the UK will adopt the IORP II provisions.

And finally… Brexit! It is too early to predict with any certainty what the implications for employment and pensions law of Brexit will be, but this may start to become clearer in 2017 – particularly once the UK has given the EU formal notification of its withdrawal under article 50 of the EU Treaty. The prime minister, Theresa May, has said that this will happen by March 2017.

From the Ukrainian Ius Laboris lawyers: Keeping the economy running during war in Ukraine

Life and employment go on in Ukraine but the war has created many pressing and unprecedented issues for employers and employees. Our lawyers in Ukraine have been keeping us posted about the numerous labour law questions that are arising from both the employer’s and employees‘ point of view.  New legal provisions have established some temporary rules. Recruitment issues Provisions of a new law are aimed…
Internationales Arbeitsrecht Neueste Beiträge

Under the UK government’s new Living with Covid strategy, mandatory self-isolation has now ended in England and free testing will end on 1 April. What does this mean for employers? On 21 February 2022, the UK government published its plan for Living with Covid including the timetable for removing Covid measures in England. From 24 February, the legal requirement to self-isolate following a positive test was replaced…