With the re-election of a conservative majority in the UK Parliament, UK citizens – and their employers – continue to face the question to which extent they will be allowed to reside and work in Germany after a “No-Deal Brexit”, i.e. after a withdrawal of the UK from the EU without an agreement regulating the legal modalities of the withdrawal, on the new Brexit date on 31 January 2020.

Without such a “Brexit agreement”, the UK becomes a third country in relation to EU member states, including Germany, on Brexit date. Therefore, UK citizens who were previously able to enter, live and work in Germany and other EU Member States as EU citizens under the rules of the Treaty on European Union (TEU) and the Treaty on the Functioning of the European Union (TFEU) without a residence permit would, at once, no longer be covered by these treaties on 31st January 2020 (or any later date Brexit may be postponed to). Therefore, the third-country nationals’ immigration regime becomes applicable to UK citizens entering, residing and working in Germany.

In order to ease the transition, German and EU legislators have already passed and planned various regulations for the case of a “No-Deal Brexit”. These rules give UK nationals (and their family members) some privileges over other third-country nationals and are summarised below.

According to Regulation (EU) 2019/592, UK citizens may enter into and stay in the Schengen States, i.e. including Germany, visa-free for a period of 90 days within 180 days. However, this right does not include the right to pursue gainful employment. UK citizens may, however, make business trips to Germany within this period, though it must be noted that German law has a fairly strict definition of a business trip, which encompasses, for example, conducting meetings or negotiations in Germany for an employer domiciled abroad (§ 30 No. 1 BeschV i.V.m. § 16 BeschV).

The German Federal Interior Ministry is planning on a transition period of 3 months for UK nationals after a No-Deal Brexit, extendable by a further 6 months, under a ministerial decree. During this transition period, UK nationals will not require a residence permit for entry into and residence in Germany. They will also be able to work during this period without a residence permit. This also applies to family members who were entitled to freedom of movement in Germany on the Brexit date.

3.) After the transitional period: Privilege when obtaining a residence permit

The German Government has therefore submitted a draft law which would introduce privileges, in particular a lower threshold with regards to obtaining a residence permit, for UK nationals and their family members (§ 101a AufenthG):

have a legal right to be granted this residence permit.

are granted a settlement permit under simplified conditions.

are granted a residence permit for special purposes (if they fulfil certain further requirements), which also permits gainful employment.

Moreover, an amendment to § 26 BeschV has been passed which privileges UK citizens (but not their family members) with regard to access to the labour market in Germany. Therefore, for UK nationals, either the – usually required – approval of the Federal Employment Agency is not required for the granting of a residence permit or it can be granted under simplified conditions. 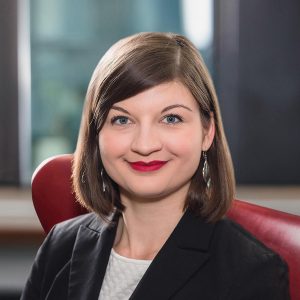 This article looks at the increasing popularity of agency workers in light of coronavirus and the main points that businesses in the UK should consider when seeking to engage them. Agency workers form a growing part of the UK workforce, with many businesses viewing them as a key part of their workforce strategy, particularly as a route to recovery from the impacts of the COVID-19…
Individualarbeitsrecht Internationales Arbeitsrecht Neueste Beiträge

New rules for the posting of workers to Germany

Since 30 July 2020, new regulations apply to the posting of workers to Germany (as well as to the posting of workers to other EU member states). The EU Directive 2018/957 amending the Posted Workers Directive 96/71/EC, has – after a lengthy legislative process – been implemented into German law. The resulting amendments to the German Posted Workers Act (Arbeitnehmerentsendegesetz, AEntG), which regulates the rules…
Internationales Arbeitsrecht Neueste Beiträge United Kingdom