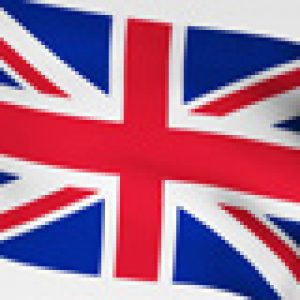 The UK is leaving the EU in two and a half weeks’ time, at the time of writing. Or maybe it isn’t. Your guess is as good as ours.  As Parliament prepares for its fateful votes on whether to say yes to May’s deal, with or without some revisions to the Irish backstop, and, if it says no, whether to crash out with no deal…

UK: #Brexit - How to handle the EWC

The final form of Brexit remains uncertain, as does its impact on European Works Councils (‘EWCs’) that are governed by UK law. In this article, we provide an update on the state of play as we enter March 2019, building on our earlier article. We then discuss what course of action businesses should take as we approach the projected date for the UK’s departure from the…

The UK High Court (‘HC’) has dismissed a judicial review challenge to a finding by the Central Arbitration Committee (‘CAC’) that Deliveroo riders are not ‘workers’. The HC ruled that the riders are not in an ‘employment relationship’ for the purposes of European law. Background In November 2017, the CAC rejected an application from the Independent Workers Union of Great Britain (‘IWGB’) for collective bargaining…

On 11 October 2018 the UK government launched a consultation on proposals for ethnicity pay reporting. This article provides details of that consultation and highlights some of the difficulties with the proposed reporting arrangements. There is a trend in employment law towards transparency being used as a method of driving change. We see it in the ‘name and shame’ regime for National Minimum Wage contraventions, the new CEO…

An employee who regularly dealt with work email out of hours was awarded compensation in a recent decision of the Irish Labour Court. The case highlights employers’ duties relating to employee working hours and record keeping.    While the introduction of smartphones into our professional lives has meant the working day becoming increasingly flexible and fluid, the law on working time in Ireland has not caught…

The UK’s political landscape continues to be dominated by the shock 2016 referendum vote to leave the European Union. Following a surprise General Election in June 2017, prime minister Theresa May unexpectedly lost her parliamentary majority amid deep divisions about how the UK should approach Brexit. Against that backdrop, the Brexit negotiations between the UK and EU began in 2017 and will continue into 2018….

This article provides an overview of the international occupational health and safety regulatory frameworks and the employer’s duties and potential penalties that exist in Ukraine, the UK and France. It was first published in International HR Adviser in January 2018. Accidents in the workplace take place more often than most people realise. It is important that employers are aware of their liabilities and responsibilities to…

Max Schrems, an Austrian law student successfully brought a case to the European Court of Justice in 2015 that resulted in the “safe harbour” – an agreement that allowed the transfer of EU citizens’ data to the US – being declared invalid. Since then, transfers outside the EU have largely been conducted based on previously approved ‘model clauses’. But Mr Schrems has now brought a…

A major, independent review of UK employment law, commissioned by the prime minister in October 2016, has published its long awaited report – the “Review of Modern Working Practices”, chaired by Matthew Taylor. Media coverage has focused on its implications for the “gig economy”, but the recommendations – if carried forward into legislation – will have profound implications for all employers in the UK. This…

#Brexit: What is likely to happen?

The UK triggered Article 50 on 29 March 2017 giving two years’ notice to leave the EU. Negotiations will now start on the terms of exit. The EU has made it clear that only when sufficient progress has been made with these negotiations will it be prepared to start negotiations on the UK’s on-going relationship with the EU. It seems highly likely that these exit…