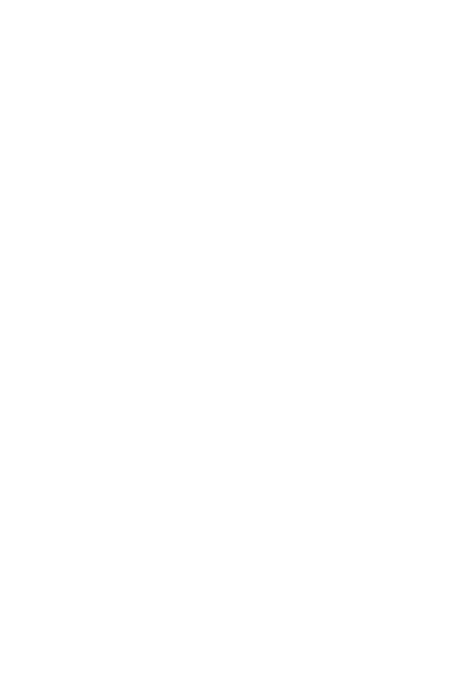 A major, independent review of UK employment law, commissioned by the prime minister in October 2016, has published its long awaited report – the “Review of Modern Working Practices”, chaired by Matthew Taylor. Media coverage has focused on its implications for the “gig economy”, but the recommendations – if carried forward into legislation – will have profound implications for all employers in the UK. This will particularly apply to organisations using contractors, zero-hours workers and agency workers, but also more broadly in areas such as sick leave and flexible working.

The report of the “Review of Modern Working Practices”, chaired by Matthew Taylor, contains extensive analysis of the UK jobs market and how it is likely to evolve in future in an era of automation and robots. With a clarion call to politicians to make sure that all work is “fair and decent with realistic scope for development and fulfilment”, and an acknowledgement that many individuals value the flexibility that new ways of working afford to them, Taylor makes several significant proposals for reform.

There are three main “statuses” under UK employment law, generally referred to as “employee”, “worker” and “self-employed”. Taylor does not propose changing this, but concludes that “worker” is not an optimal term and should be re-labelled “dependent contractor”. Alongside this, he argues that “the Government must make legislation clearer. The employment statuses should also be distinct and not open to as much interpretation as currently, nor be so ambiguous that only a court can fully understand the basic principles”. He adds that the Government “should replace the minimalistic approach to legislation with a clear outline of the tests for employment status, setting out the key principles in primary legislation, and using secondary legislation and guidance to provide more detail.”

As for how to get to this position, Taylor advocates a close look at the test for worker status, arguing that the absence of a right to work personally (i.e. a right of substitution) should no longer be a barrier to being a worker (or “dependent contractor”, as it would become). Instead, Taylor argues that the principle of “control” should be of greater importance when determining dependent contractor status, “with the legislation outlining what it means in a modern labour market and not simply in terms of the supervision of day-to-day activities. We don’t envisage a significant departure from the approach currently taken by the courts where control is often a key factor when deciding if someone is a ‘worker’ or ‘self-employed’”. Taylor is clearly alluding here to recent cases in which, for example, the Court of Appeal ruled that an individual engaged by Pimlico Plumbers was a “worker” because the degree of control exercised over him was inconsistent with the company being his client or customer.

For many UK organisations, particularly in the gig economy, working out what exactly counts as “working time” is a major challenge when grappling with the implications of worker legislation, not least when individuals may be making themselves available to multiple work providers at one and the same time. Taylor explicitly recognises this, concluding that if the national minimum wage (“NMW”) were to apply to individuals in this situation, “it is important that working time is sensibly calculated. Platforms do not place limits on when individuals can log onto the app but no individual should be expecting to be paid for all the time that he or she has the app open (regardless of whether or not they are seeking work). For instance, it would clearly be unreasonable if someone could log onto an app when they know there is no work and expect to be paid.”

Taylor argues for an alignment of the employment status with the tax framework “to ensure that differences between the two systems are reduced to an absolute minimum”. The implication is that anyone who is a dependent contractor would be considered an employee for tax purposes. Potentially a requirement to payroll all dependent contractors, this could have significant implications far beyond the gig economy.

The report goes on to make a number of further recommendations:

Taylor identifies the UK’s Employment Tribunal fees regime as a barrier to individuals effectively enforcing their rights, proposing that individuals should be able to get an authoritative determination of their employment status without paying any fee. He suggests reversing the burden of proof in Tribunal hearings where status is in dispute so the employer has to prove why the individual is not entitled to rights, rather than the other way around. The report also proposes “aggravated breach” penalties and costs orders against employers who unreasonably defend cases when they know they are breaching the law.

Taylor recommends that the “piece rate” NMW legislation should be adapted to ensure dependent contractors “are still able to enjoy maximum flexibility whilst also being able to earn the NMW”. He suggests that platforms should be able to compensate workers based on their output (i.e. number of tasks performed) provided they can demonstrate through the available data that an average individual, working averagely hard, successfully clears the NMW with a 20% margin of error. The report goes on to say that “if an individual knowingly chooses to work through a platform at times of low demand, then he or she should take some responsibility for this decision” – and suggests this could be achieved by platforms giving a “real time” notice to an individual about demand levels.

Taylor urges the Government carefully to consider how this could be implemented to avoid abuse, taking into consideration issues such as regional variations: “A key consideration will be that the individual is completely free to choose the time of work, and whether or not to accept individual jobs. This is very different, for example, to a situation where a mobile worker is being expected to travel between a fixed number of appointments, for which the National Minimum Wage would clearly apply.”

Calculation of holiday pay and rights can be a particularly troublesome issue for organisations in the UK engaging individuals on an irregular hours basis, with longstanding uncertainty over whether “rolled-up” holiday pay is lawful and significant practical challenges in administering holiday leave without it. Taylor tackles this, stating: “As a general rule, annual leave entitlement equates to 12.07% of hours worked. We believe individuals should have the choice to be paid this entitlement in real time – known as “rolled-up” holiday pay. This would result in dependent contractors receiving a 12.07% premium on their pay. So in the case of someone being paid the National Living Wage of £7.50, their actual remuneration would be £8.41 an hour. Additional safeguards would have to be built in to ensure individuals did not simply work 52 weeks a year as a result, but we believe giving individuals this kind of choice will suit many working in casual arrangements and in the on-demand economy.”

The report recommends a reform of statutory sick pay (“SSP”) so that it becomes a basic employment right, comparable to the NMW, for which all workers (i.e. dependent contractors) are eligible regardless of income from day one. It is suggested that SSP should be payable by the employer and be accrued on length of service, in a similar way to paid annual leave. Noting that “individuals with the relevant qualifying period are already entitled to have their job protected for a period of time when they are away for work for perfectly reasonable reasons, for instance, having a child”, Taylor advocates a similar approach to sick leave – for example, with individuals having the right to return to the same job after a prolonged period of ill health.

Separately, it is proposed that HM Revenue & Customs should be given responsibility to enforce the NMW, SSP and holiday pay.

Taylor is an advocate of “portable benefits platforms” – “ways for people who are self-employed or engaging in other non-traditional labour market activity to gain access to a range of non-statutory benefits and protections”. This could be “third-party vehicles supporting gig economy businesses to make payments on behalf of an individual working through them. This might cover benefits such as sick leave, holiday leave, occupational illness or injury, pension plans, and further training.” It is proposed that Government should work with partners to develop such solutions with a view to better supporting self-employed people.

Related to the above, Taylor suggests setting a higher NMW for hours which are not guaranteed in a contract – a reform that would be aimed at addressing concerns about zero-hours contracts. For example, if an individual is on a contract which only guarantees them six hours a week but is regularly asked to work more than that, they would be entitled to the standard NMW or National Living Wage for the first six hours of work, and a higher rate for all hours in excess. Separately, Taylor proposes a new “right to request a contract that guarantees hours which better reflect the actual hours worked, for those on zero-hour contracts who have been in post for 12 months.”

The report recommends the Government “consider how further to promote genuine flexibility in the workplace, with a view to supporting those in under-represented groups to reach their potential. For example it should consider whether temporary changes to contracts might be allowed, to accommodate flexibility needed for a particular caring requirement.”

Taylor advocates taking steps to improve the transparency of information that must be provided to agency workers, in terms of rates of pay and those responsible for paying them. He also proposes that agency workers who have worked with the same hirer for 12 months should be given a right to request a direct contract, with the hirer being made subject to an obligation to consider it in a reasonable manner.

Finally, it is proposed that the UK’s Employment Agency Standards Inspectorate should be given new powers to investigate umbrella companies and other intermediaries in the supply chain, and to ensure compliance with the Agency Workers Regulations 2010.

Overall, Taylor has produced a pretty lengthy “shopping list” of proposals for reform. If implemented in their entirety, they would have a fairly significant impact on the employment landscape. It remains to be seen, however, how much legislative time the UK’s minority Government – deeply preoccupied as it is with Brexit – can find to put them into effect. Further consultation, particularly on the more controversial changes, seems inevitable before anything more concrete emerges.

This article looks at the increasing popularity of agency workers in light of coronavirus and the main points that businesses in the UK should consider when seeking to engage them. Agency workers form a growing part of the UK workforce, with many businesses viewing them as a key part of their workforce strategy, particularly as a route to recovery from the impacts of the COVID-19…
Internationales Arbeitsrecht Neueste Beiträge United Kingdom