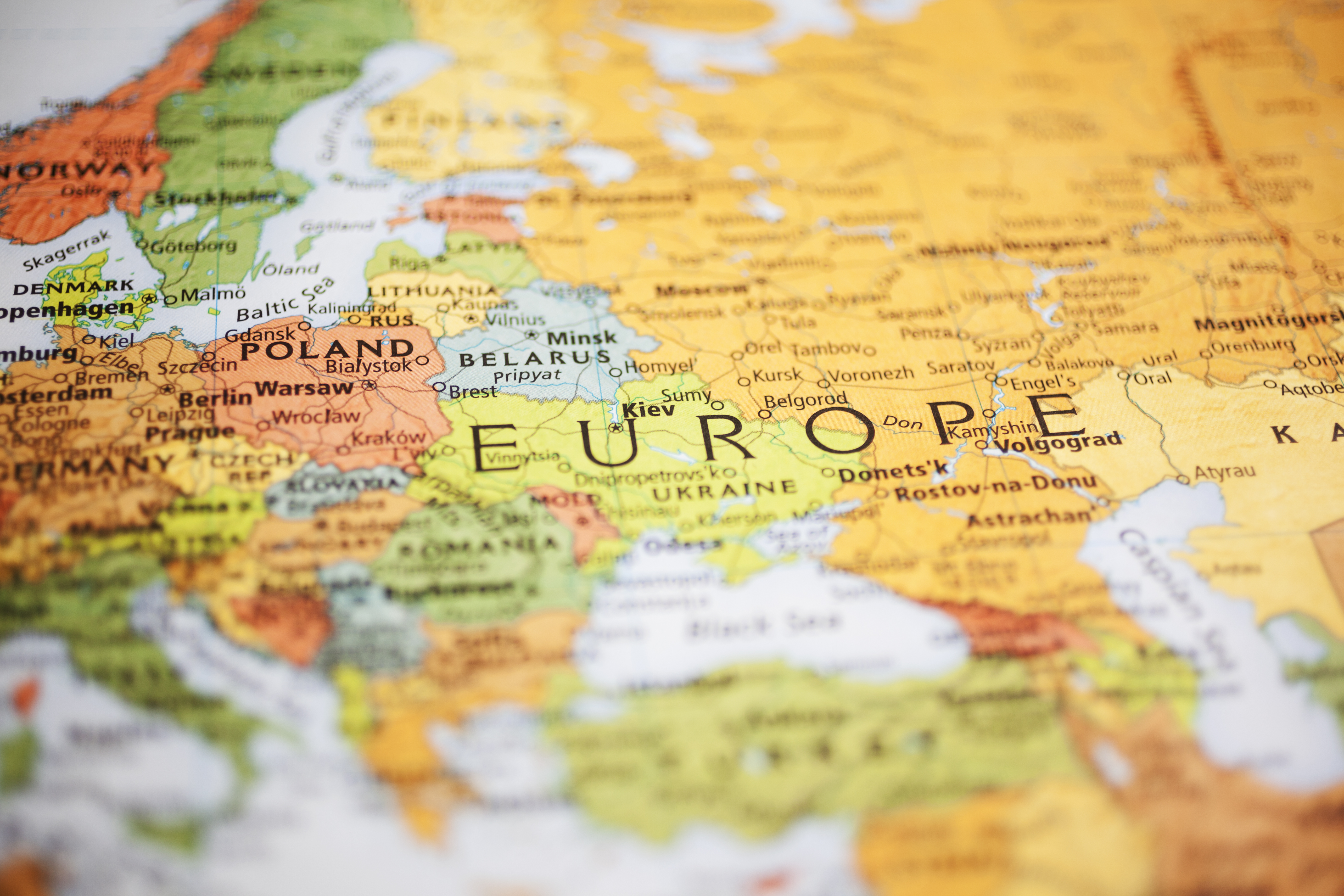 This article, originally published in the HRDirector on 10 April 2019, provides an overview of recent developments and proposed changes in employment law in Bulgaria, Finland, Kazakhstan, Poland, Russia and Slovakia.

On 18 December 2018, the Bulgarian Parliament enacted the new Disability Act, according to which employers in Bulgaria are required to hire disabled workers according to the following quota:

The working positions designated to be filled by permanently disabled workers will be in addition to those that employers are required to have for occupational rehabilitees.

If employers fail to comply with the above requirements, they are liable for a monthly compensation contribution of 30% of the minimum monthly working salary for the country (currently BGN 560 or approximately EUR 280) for each vacant position for a permanently disabled worker.

Employers have to notify the Bulgarian Employment Agency of any vacant positions (as per their quota) and the required qualifications and professional skills for each.

The government proposal on a new Finnish Working Hours Act was submitted to parliament on 27 September 2018. The new Act would replace the current Working Hours Act dating from 1996. The aim of the reform is to create new tools for making local working hour arrangements and to meet the needs of present day working life. For instance, the proposed provisions would enable employers and employees to agree on working hours more flexibly, since the new Act would introduce a new working time arrangement for flexible work. The arrangement would be intended for specialist work where specific goals and overall timetables are more important than working during set hours. The new Act would also enable working hour ‘banks’ at all workplaces, allowing employees to ‘bank’ and combine hours worked, accrued leave or monetary benefits to be exchanged for leave. Currently, only certain collective agreements in Finland include provisions regarding working hour banks.

The reform is intended to enter into force on 1 January 2020. The reform will be one of the most substantial and important legislative changes in the field of employment law in the recent years and it will cause changes in many workplaces. In particular, the new Act will affect the working hour arrangements of employees working on specialist tasks. In addition, the Working Hours Act will affect employees working from home or otherwise outside the office. Many employers will also have to enter into agreements on flexible work with their specialist employees and to revise their practices related to working hours in general.

In October 2018, the government published a proposal to facilitate the dismissal of workers in small firms. Currently, the legal grounds for terminating the employment relationship are broadly similar for small and big employers. As a result of the reform, the size of the company will be one of the elements to consider when assessing whether the employer has proper and weighty reasons to terminate the employment relationship. The amendment would take into consideration the fact that small employers may have fewer resources to bear the consequences if an individual employee breaches or neglects his or her duties arising from the employment relationship. Therefore, the objective of the reform is to encourage small companies to hire permanent employees.

The proposal led to several political strikes during the autumn of 2018, with Finnish labour unions calling for strikes and overtime bans in response to the government’s plans. The content of the planned amendments has been confirmed by the parliament, but the amendments have not yet been ratified. The reform is intended to enter into force on 1 July 2019.

To receive the premium, the employment relationship of a long-term unemployed person or a person partly capable for work must be valid until further notice. Alternatively, the employer will be entitled to the employment creation premium if a fixed-term employment relationship is changed so it is valid until further notice during the payment period of the wage subsidy. The employee’s working hours must be over 80% of the maximum working hours applicable to a full-time employee working in the same industry.

Discrimination on the grounds of skin colour

To bring the provisions of the Kazakh Labour Code prohibiting discrimination in the field of labour in line with the ILO Convention 1958 (No. 111) ratified by Kazakhstan in 1999, a proposal has been issued to add skin colour to the categories protected from discrimination when exercising employment rights. These amendments are included in a draft law entitled ‘On Introduction of Amendments into Certain Legislative Acts of the Republic of Kazakhstan on Labour Issues’.

As a result of the OECD campaign to fight corruption, most business organisations in Kazakhstan (especially those with foreign participation) have a zero-tolerance policy against all forms of bribery. Currently, if after identifying circumstances related to an incident of commercial bribery from which the employer suffers material and reputational damage, a company no longer trusts an employee involved in bribery, (since there is a risk of further violations) the employer cannot terminate the employee’s employment contract, even if the bribery is proved by an internal investigation. This is because Kazakhstan’s current labour legislation has no legal grounds for termination of employment contracts with employees involved in bribery.

As a result, there is currently a proposal to allow the legal dismissal of an additional category of employees: those with whom the employment relationship has suffered a breakdown in trust and confidence.

On 1 January 2019, the new Act on Employee Savings Plans (PPK, Pracownicze Plany Kapitałowe) came into force. The launch of the plans will be spread over two years, depending on the size of the employer. All companies employing workers both under employment contracts and civil law agreements will be obliged to create and administer PPKs. Initially, companies employing at least 250 employees will be required to create PPKs from 1 July 2019.

PPK is a new form of an additional pension saving. The system is mandatory for employers and voluntary, but in practice quasi-mandatory, for the employees.

Right for non-employees to create and join trade unions

Individuals who perform paid work on a basis other than an employment relationship (e.g. under civil law agreements) now have the right to create and join trade unions and to a number of other trade unions privileges. For example, they have the right to be released from work with pay to perform trade union activities, or to special protection against termination of their contract. If a contractor who is a trade union official has his or her contract terminated without the union’s approval, the employer may have to pay a severance payment of six months’ salary.

The Law lists some categories of employees who are entitled to early retirement, such as:

The potential penalties are a fine of up to RUB 200,000 (approximately EUR 2,597) or the total amount of the convicted person’s wages or other income for a period of up to 18 months or obligatory works for up to 360 hours. Criminal liability can be imposed on authorised officers of the legal entity concerned (e.g. the General Manager, HR Manager, etc.).

Starting from 23 November 2018, the law introducing amendments to criminal liability for sham migration registration of foreign nationals and stateless individuals came into force.

In accordance with the law, the following cases are considered to be sham migration registration of foreign nationals:

With effect from 1 January 2019, the Slovak Parliament has approved an amendment to the Labour Code introducing a recreation allowance publicly known as a ‘holiday voucher’. This amendment is aimed at supporting tourism in Slovakia by providing an allowance for employees who spend at least two nights at an accommodation facility in Slovakia, with catering and other expenses potentially covered.

This obligation only applies to employers with more than 49 employees (for others, it is optional) and to employees who have worked for the employer for more than two years on the day their holiday begins. The amount of the contribution is set at 55% of the employee’s eligible expenses, up to a maximum of EUR 275 per year.

A change that took effect on 1 January 2019 is aimed at helping the employment environment in occupations where there is a shortage of workers in Slovakia.

It shortens the deadlines for assessing applications for permits allowing seasonal employment and extends the possibilities for employment through temporary employment agencies, however, it only applies in occupations with a shortage of workers. The list of these positions will be regularly updated and published by the Central Office of Labour, Social Affairs and Family (on its website), by the end of the month immediately following the relevant calendar quarter and will reflect market needs.